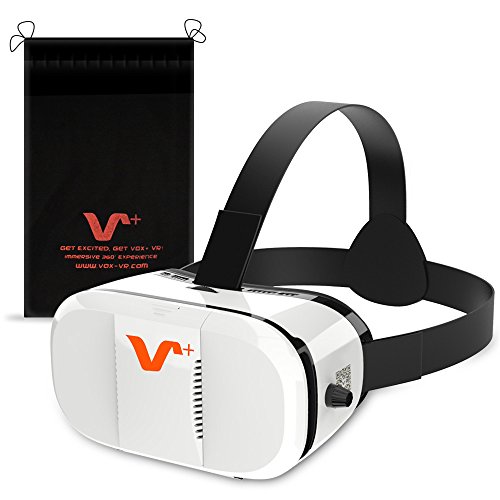 The lens on the headset are great and make it very easy to see the screen. It has controls for adjusting the focus and it was so clear I could see some smears and dust sitting on the screen… So, make sure to clean your screen before using.

All in all a great product to try if you want to see what VR is like on your phone.

I received this product at a discount rate, in exchange for my honest view. If you found my review helpful, please comment or click Yes.

Great VR Experience on the Cheap

This is a great VR Headset on the Cheap way better than the Google Cardboard and Cheaper than the Samsung VR, what i think makes this product stand is the well tough layout (triple Head Band, Perforated Leatherette, Adjustable Spacing for the Eyes, Opening for the Camera, Opening for Headphone and Charger, and sufficient space for big phones).

This works using the Google Cardboard Apps, some do rival the Oculus and HTC Vive (except when interacting that is where this falls short) this also depending on your phone, that is a big consideration, Using a Note 4 the screen is clear and the Performance is Acceptable

The Achilles heel of this is the controller, it looks ok, but it leaves a lot to be desired, first the mode that it boots in doesn’t work for VR apps, it has to be changed to the Pointer mode first and the Pointer is always visible (even if you put it to the corner it can still be seen), other than the controller this is great (use a Moga Controller instead and save 5 bucks)