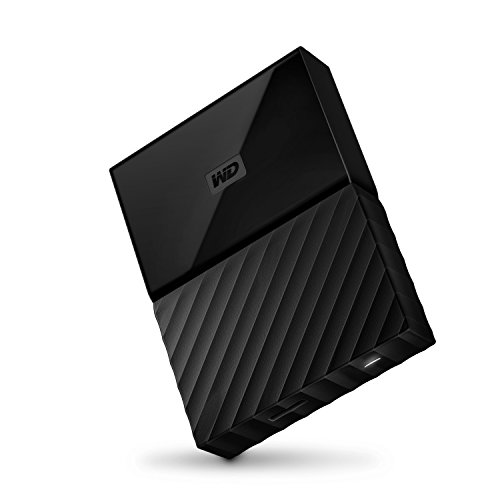 This model is the latest generation of the many My Passport drives I've owned or purchased for clients. They have proven reliable and good performers. They have incrementally improved with each new generation. This model features a new case design which most notably replaced the rounded corners with sharp 90 degree ones. Otherwise it should have little effect on use.

BOTTOM LINE (for the impatient):
The new model is a little bit faster than last year’s and includes the 4TB model added to the previous generation My Passport Ultra early in 2016. This model (I got the 4TB size) is just noticeably faster than the 2015 model on sequential reads and but especially writes using Crystal DiskMark.

This My Passport has a new design that replaces rounded corners with pointy ones and adds some odd (to me) styling to the case. The new case shows fingerprints and scratches much more than the old. It’s a purely aesthetic change. Other than outward appearance it’s functionally almost identical to the 2016 My Passport Ultra model.

If these differences are not important for you or you prefer the old model’s aesthetics, you may want to get last year’s My Passport Ultra or this depending on which is least expensive at the time. You’ll have an excellent drive in either case.

If you want more details, read on…

SUMMARY:
The My Passport USB 3.0 drives are simple to use and come with reasonable software tools and backup/sync software. The drive includes software: WD Backup, WD Security and WD Drive Utilities. I have my own backup solution and have not explored this software. If these are of interest, be sure to check for newer versions on the WD web site.

IN THE BOX:
The My Passport comes in a easy to open retail package containing the drive and a annoyingly short USB 3.0 cable. There are a couple small pieces of paper for warranty and quick-start. That’s it. The cable in this model is the same as previous versions. This may be just fine for a lot of folks but I keep some 3ft (or more) USB 3.0 cables handy for longer runs to my desktop or even on top of a tall computer.

TESTING:
I tested both my older My Passport Ultra 2TB drive and the new My Passport 4TB model using CrystalDiskMark benchmark software and by copying 11GB folder of updates and files to the drive. This was to compare the benchmark with real-world copying. The 11GB folder has a broad mix of file sizes and types including files an over 2GB iso DVD images.

Using CrystalDiskMark I found sequential reads were about 10% faster and writes about 40% (!) faster with the new model. Random reads were just a tiny bit slower and writes were about 4% faster. While the benchmarks showed significant differences using them in my real-world copy test the difference was noticeable but not great. If you need to write large files this drive is noticeably better than the 2015 model.

For my testing the My Passport drive was connected to the Renasas USB 3.0 chip set on my Dell Precision E6500 laptop. I have the latest Renasas drivers installed. The laptop also has a Samsung EVO SSD as the hard drive (matters for my real-world copy testing).

I’m thinking the newer drive may have a larger on-drive write cache or maybe it’s just a bit faster drive. Maybe both. On big copies the new My Passport may save you a few seconds here or there but your last generation My Passport Ultra drives are still pretty close in real-world performance.

CONCLUSIONS:
The My Passport line of drives from Western Digital has been very good to me and to my clients. This reliable and good to excellent performing line has a long positive history with me.

For making improvements that outweigh a small misstep in case design and not making a mess of something that has been working well for a long time This new generation of My Passport drives is worth 5 stars in my opinion.

Hope this helps someone!

I learned the hard way... What's the old saying? If it ain't broke, don't fix it. I tried a Seagate 4tb external because it was cheaper in price, but returned it a few hours later after experiencing major issues with compatibility to my macbook pro. Got this one instead, and have been very happy with the speed and reliability so far. You just can't beat Western Digital! It could have been a fluke that my Seagate drive was defective, but I have been buying WD for years, and have never had any problems like this. To experience problems my first time getting something different than a WD is just not acceptable. I will only buy WD from here on out when it comes to my external hd needs.