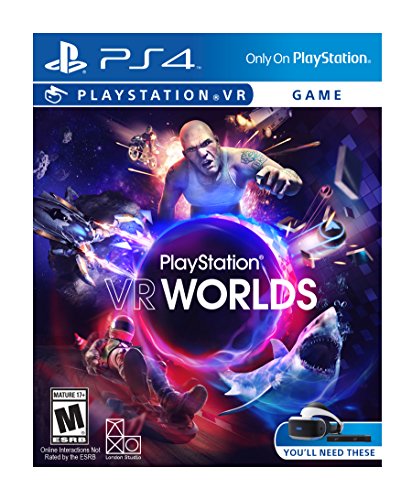 Felt like a demo disk, not a full game

I loved it. Each game that comes with it is cool and different-- my only problem is that none of the games feel like a full game. I felt like this was a glorified demo disk... but wow, each demo really is cool and showcases what you can expect from the VR.

My favorites were the London Heist and Ocean Descent game— the heist one was really cool, I wish it was longer! The shooting bits and scenes in between made me feel like I was in my own mobster movie.

The shark encounter on the ocean one was amazing. I was literally screaming and trying to squish back on my couch away from the thing. … the other “dives” fell short, without the characters or plot that is shown in the shark encounter. It was really weird because the first dive ends with some cliffhanger, but then the next dives are just looking around enjoying the scenery. Cool, but a little bit of a head scratcher after the intensity of the first dive.

The space one was cool, it took me a bit to figure out what I was supposed to be doing. Of all the games, this is the one that made me need a break from the VR since it’s so disorienting.

The other games felt like basic mini games, nothing too fabulous. (Or maybe just not to my taste).

All in all… cool! I just don’t feel like this should be sold like a standalone game. I got it with my launch bundle-- I think it’s great as a demo, but not something I’d want to be paying full game price for.

It's a great experience (visually, emotionally and acoustically)! Visuals are phenomenally realistic and it really immerses you in the situation you choose, allowing you to feel like you literally just went to a new world, rather than just watching something. Would definitely love to spend more time "exploring." =P

I am writing this review as part of a contest.

A great collection of games to show off the VR

We purchased several games when we got our VR. Surprisingly, this game has been used more than the other 4 we bought by everyone in my family, including my 3 kids. The games may be shorter but all of them are a lot of fun and provide hours of entertainment. They also give a glimpse as to the potential of the VR. The graphics are decent but I expect better as new games are released. If you haven't checked out the VR its worth it. Its a bit scary because you realize that this is the future of gaming and that you can get so absorbed in a world that there may be a day not so far off where people could live a good portion of their lives in a virtual environment. If I had to pick one game right now for the VR it would be Worlds.