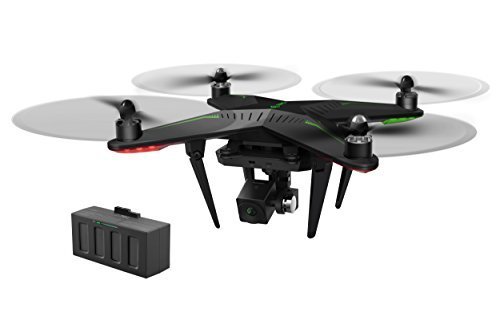 I took their advice and practiced with the drone before attaching the camera. It was, as the chinese like to say, "glorious". It hovered in place in wind, it returned home when called (and landed itself within 3 feet of the take off point!) in other words, everything as advertised...until today.

I like to fly it in the evenings on my 40 acres, when everything is calm. Yesterday, it landed perfectly after I called it home. Today, after charging the battery, nothing. The battery shows completely charged, but the drone won’t come on except for a brief blink of the lights. So what now? There’s a number for what looks like China, but as other reviewers have said, it goes unanswered.

I always sort of accepted the possibility of a “fiery crash”, but to have it just die for no reason is unacceptable.

I bought this on a lightning deal from Amazon for 600, and if I can still return it, I will. I figure I got about 10, twenty minute flights out of it. So, if you can afford $200 per hour for your entertainment, it’s glorious while it lasts.

And I wasn’t given this drone for review. I paid for it.