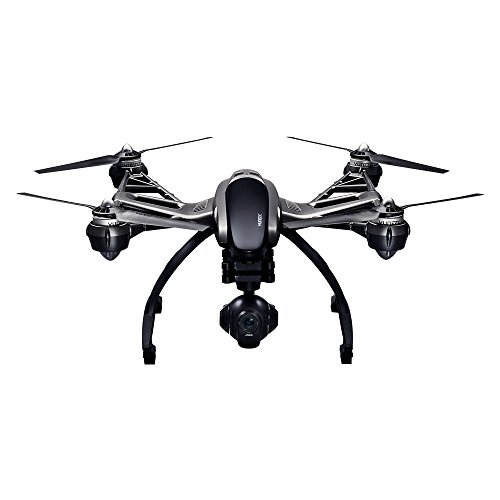 I have flown the Q500K in the past. Flies great.Great stills and video. Only problem is converting MP4 video files to MP3 files in older computers. Windows 10 will run MP4 files as does other software converters.

A great little quad-copter with a few niggles and one major Achilles Heel!

For the last few weeks I’ve been agonizing over which FPV “drone” to get. I’m a big fan of going with non-traditional routes and supporting the underdog, so I really wanted a winning alternative to the DJI P3P. I have spent at least a few hours literally every single day watching YouTube videos, reading reviews, comparing specs, talking to owners, visiting forums, etc. I’ve never owned any R/C aircraft, so OOBE and ease-of-use was a big factor. The Phantom 3 Pro seems to be the gold standard in sub-$1,500 R/C FPV drones, or at least the one that is the benchmark that every competitor is measured against. Being aware of DJI’s horrendously poor customer service reputation, I really wanted to avoid them if I could get something for a similar price that was at least close to being as good. I’d looked at everything competing with DJI – Walkera, Yuneec, 3DR, and a bunch of smaller boutique makers. Since I’ve never piloted ANY drone, I wanted to start on the lower-end ($1,000 - $1,500) with plans to later migrate to some of the higher-end offerings ($5-8k) that will expand range, payload, speed, stability, etc.

Aside from the “me too” aspect of buying a DJI Phantom 3 Pro (I hate being an also-ran), and the horrendous support, I find the Phantom 3 hideously U-G-L-Y! It has a weird, organic, bulbous shape that is too mundane and vanilla for my tastes. The matching controller is just as ugly.
On the other hand, the “Yuneec” – perhaps the world’s worst name for… anything – is a sharp-looking unit with some pretty nifty included features, the unique controller being among them (pun intended). The Q500 4K is a sexy-looking package that makes you think “Alien Invasion” and Terminator all-in-one. The included controller has a built-in reactive touchscreen that does a fair job of displaying FPV video and all of the pertinent technical details. The unit comes fully-assembled, meaning the only user-involved assembly is spinning on the included props (a full extra set is included – bravo Yuneec!) and popping in the battery… oh yeah, and REMOVING the Gimbal/CGO3 shroud before launch!

My UPS driver (yes, hes mine, I own him) arrived late in the afternoon with only an hour or so of daylight remaining, but that didnt deter me. Obviously, a NIGHT flight was in order (my first-ever R/C flight how hard could it be?). While inspecting the contents and charging batteries (two are included, kudos again to Yuneec) and the controller, I watched the videos Yuneec includes on a MicroSD card in the packaging. I also watched a few more YT videos as well as I awaited the charger to complete its singular task.

To abridge an already verbose review my maiden night voyage with the Q500 4K was a roaring success. I live in a very rural farming community, one without a single street light or ambient city lighting, and dark here is REALLY dark. The camera was pitch-black throughout the flight, but the onboard colored LEDs are spectacularly brilliant at night. You could easily see an airborne Q500 for a mile or more, literally, which sad to say leads us to the serious Achilles Heel mentioned in my review title:

Video transmission range is, in a word, ABYSMAL! Seriously, were talking maybe 300 yards even with a perfectly clear line-of-sight! Controls remain connected, but once video goes out for more than a few seconds it does NOT reconnect and begin broadcasting again (sub-10 second losses can sometimes reconnect). You need to bring the Q500 back, physically turn it off, then start all over again. Earlier today, in near-perfect weather with no wind, I pushed it out to under 200 yards and went behind a single pine tree where POOF! video disappeared yet again, and yet again I had to land and restart the copter manually. After three days of flying in perfect weather Ive experienced this in three different locales, all with the same results. FPV reception is horrendously poor and, if reports are accurate, the Q500 cant even muster HALF of the FPV receive distance that the Phantom 3 Pro is capable of. This, at least for me, is a complete deal-breaker. I went by various reviews and forum posts, saying that it was good for 500-600 meters, and that would work for me. I tried three (3) different fully-charged Yuneec batteries and likewise fully charged the controller, just to be sure it wasnt wanting for juice.

The video out of the Q500 4K is excellent. I dont have anything capable of viewing 4K native resolution, so I shot in lowly 1080/30p with very impressive results. Ive shot well over an hour of video thusfar and everyone who has seen it had to pick their jaw up off the floor. The stabilized gimbal works incredibly well. According to reviews, the P3P produces still slightly better video, which will essentially go unnoticed and isnt a deal-maker/breaker for me either way.

Other negatives of the Q500 are small quibbles, and were it not for the poor FPV range would not induce me to return it in the least. The Q500 is pretty slow. It takes time to build altitude and get to a distant point, meaning itll take more battery time when factoring in round-trips. Even when the controls are set to Full Rabbit there is a very slight hesitation between control input and reaction. When landing, the Q500 does a bit of bouncy funky chicken. You cant just bring it down for a soft, professional-looking landing that will impress onlookers. It does the Kangaroo-boing!-boing! before touchdown.

Aside from the dwarfed FPV range, none of these issue bother me. The Q500 made me look like a pro out of the box. Everyone that saw it was mightily impressed, and I stole the show at a weekend gathering at another farm. It looks great its the George Clooney of drones, whereas the Phantom 3 is Clint Howard. The controller is sexy and the integrated reactive touchscreen works reasonably well (lots of glare, so use the included sun-shade). It flies without a hitch right out of the box (after batteries are fully charged), and even a ham-fisted bludgeon like myself was able to control it like a pro on its first flight. The video it records is gorgeous, and youd never guess it was shot from a small drone zero vibration, no jerkiness, just nice and smooth HD or better video.

With GREAT sadness, for me at least, the FPV range is an insurmountable torpedo in the water that all but negates the many pros of the Q500 4K. If there were a way to double the FPV range, even at a cost, via a FACTORY option that would NOT void the warranty or require physical modification to the controller (like all after-market range extenders require), Id jump all over it and keep the Q500. As it sits, I am reluctantly forced to put everything back in the beautiful hard-case it came in and return it to Amazon, and buckle under the weight of the Phantom 3 Pro juggernaut. I guess Im an also-ran after all.

Capable drone, but shouldn't be your first.

If you're looking for an all in one system to use for photos and videography, the Yuneec Typhoon q500 4k delivers professional quality footage.

The included ST10 controller is well built and intuitive. The screen is not especially bright for daytime outdoor use but when used with the included sun shield it is manageable. Overall changing settings and the overall responsiveness of the controller with the drone cannot be beat at this price point.

The drone itself is a little on the larger side but I regularly get about 20 min of flight time. Which is still a lot of footage with the high quality CGO3. The punch out in the drone is a little slower that others but for the purpose of videography the speeds this drone goes are just fine. I suspect changing the type of blades used with the typhoon would help improve the overall speed. I am not looking to race with it so for my purposes it works great. The Yuneec has a slew of functions including follow me and some other smart functions like smart orientation. In terms of all it’s features it checks all the boxes. I’ve gotten about 1500ft away with it being controlled just fine. The Yuneec Typhoon 4k is not meant to compete with the range on the DJI Light bridge so don’t expect to fly it from miles away.

The included 4k camera and 3 axis gyrostabilized gimbal are phenomenal and allow for amazing footage even in windy conditions. I’ve flown in 16mph winds gusting to 20mph and gotten footage that is extremely still.

The last thing I would say is start with a smaller more inexpensive drone before dropping the money on this guy. It will help with your piloting and orientation and if you crash it you’re not out $800.00 or more. For everything included with the drone and how it handles I would have no problem buying this again.